I am an Associate Professor of English at Villanova University, where I am affiliated faculty with Irish Studies and Gender and Women’s Studies. My book, Modernist Fiction and Vagueness: Philosophy, Form, and Language  (Cambridge University Press, 2015) explores the intertwined history of 20th-century British fiction and philosophy. It was described as “deeply engaging… persuasive… an illuminating reassessment” by David James in the TLS. My essays have also appeared in The Cambridge Companion to European Modernism, the James Joyce Quarterly, The Journal of the T.S. Eliot Society, Modernism / modernity, Philosophy and Literature, and Poetics Today.

My work has been supported by fellowships from the Harry Ransom Center, the Huntington Library, and the Beinecke Library. In 2019-2020, I was a Visiting Fellow at St. Edmund Hall, Oxford. I am a two-time lecturer at the T. S. Eliot International Summer School in London. At Villanova, my classes focus on literary modernism, 20th-century British and Irish Fiction, and the relationship between philosophy and fiction. I am at work on two new projects: one on Hilary Mantel’s connections to Virginia Woolf, and another on T. S. Eliot and the novel. With David E. Chinitz, I am editing Eliot Now (Bloomsbury 2022), a group of revisionary approaches to the works of T. S. Eliot set to appear at the centenary of The Waste Land. I spearheaded a group of essays for the print plus feature of Modernism/ modernity on reading The Waste Land with the MeToo generation. and edited and introduced a group of responses called  “#MeToo and Modernism.” I received my Ph.D. from Yale in 2008. 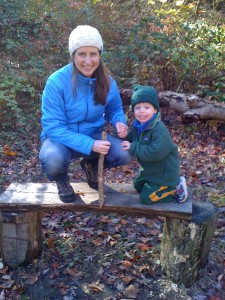